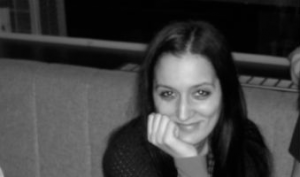 I am a behavioural sociologist and communications scholar studying wicked problems of social inequity. My research explored issues such as the behaviour of journalists and activists in forming the nation in the 19th century. I also studied the position of women in communications industries (advertising, PR, journalism) focusing particularly on women’s behavioural and communication styles and career progression. In that, I conceptualised the concept of ‘blokishness’ and argued that only women who embrace, what is culturally known, as masculine communication and behavioural styles go ahead in their careers as they become ‘one of the boys’, thus joining the masculine habitus (Bourdieu). Equally, in my work on corporate social responsibility, I explored how the press writes on CSR linking this to the behaviour of journalists, particularly in reference to sourcing stories and how journalists write about environmental issues and economic growth, arguing that the two do not go together and that CSR is a smokescreen for capitalism with advocates for CSR being ‘CSR cheerleaders’ who perpetuate environmental destruction and exploitation of natural resources. I have also explored the issue of social class as a wicked problem that continually causes inequality and the lack of opportunities and have consistently argued that equal societies are better for everyone, but one will not be achieved in the UK unless we empower the working classes.

I was an author and project lead of the ‘Women in UK’s Advertising Industry’ project (funded by the British Academy), ‘Women in Journalism’ (HEFCE funded) and ‘Working-class students and the Higher Education in England’ (HEFCE funded). I also led the ‘Women in Public Relations’ project (EUPRERA, 2018-2021) and I currently lead the EUPRERA research network on ‘Women in PR’. I am also a research lead for the #WECAN project (Women Empowered through Coaching and Networking) funded by the European Social Fund and the Department for Work and Pensions.

This website contains information about my scholarly and professional work and my blog. The blog is mostly about popular culture, which is my passion (aside from cats!) and recently, a book club/book reviews.

Full work experience is available on my LinkedIn Profile.

This is a personal website, and what I write here has nothing to do with my paid work, i.e. views expressed here are mine only and do not necessarily relate to my employer and/or institutions I am affiliated with. Everything I publish on this website is my own choice and I am not paid for running this website or writing a blog, however, the website is monetised and as an Amazon Affiliate, I earn from qualified purchases as well as from Google AdSense adverts.